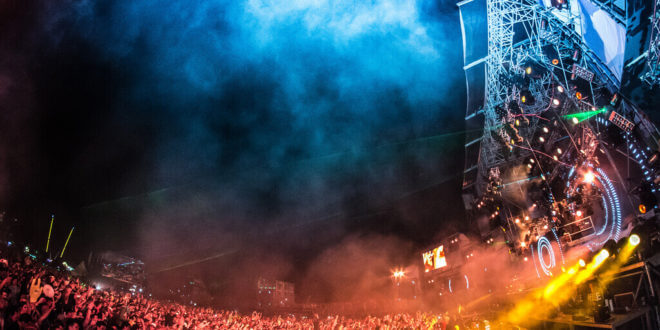 Photo by avarty / CC BY

Let’s get real for a moment and admit that most people who attend parties in college aren’t looking for a sophisticated soirée. Deep (or not so deep) down what they really want (especially the guys), is to get aroused (or laid..) and buzzed in equal measure.

It’s basically a trip to the strip club where someone else foots the bill for your booze and chow.

College has even turned incredibly unsexy themes into slut-a-thons where people (especially the girls) are expected to reveal as much flesh as possible (I’m looking at you, Halloween Party). And the Tight and Bright Party is the perfect fulfillment of that basic college need.

The rules are self-evident; wear the tightest clothing that still allows you to breathe, in the gaudiest colors that will not instantly blind everyone around you. So throw subtlety out the window and get on with the show!

As with most party themes, the first and most important decision is the venue, more specifically whether the party is to take place indoors or outside.

My recommendation is to keep the Tight and Bright party under a roof, because while anyone that attends the party is clearly in the mood for revelry, it might be a bit much to unveil those tight clothes for the world to see (not counting the Internet, of course).

Since this is a costume based party, there aren’t really many variations to work with. But here are some things you should keep in mind:

Clothes may make the man, but costumes make this party. Almost everything else is secondary to the outfits this time around and you need to make that quite clear to the attendees.

Costume ideas are fairly easy; just find tight and bright clothing (duh!) waaay at the back of your closet that you swore you would never wear in a million years except for something like this. For those among you that dress understated as a rule, just buy some yellow spandex for the party. Oh, and don’t stuff or pad anything… people can tell, you know!

Less is more with this party theme, believe me!

I wouldn’t usually endorse colourful cocktails at a college party because they can be a pain to make, but the Tight and Bright theme just begs for fruity and attractive drinks. Do yourself a solid and make batches of the stuff prior to the party itself, leaving only the garnish for the main event.