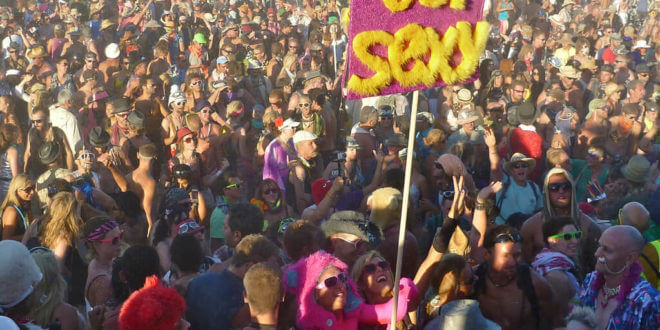 Photo by jurvetson / CC BY

Famous musicians are the best kind of celebrities, aren’t they? Talent, self-control, dangerous personality quirks; none of it matters and as long as they have an ounce of charisma to spare, the masses go crazy for them. And Rock Stars are the cream of that particular crop, I’m sure you’ll agree.

Forged in a culture that embraces rebels and non-conformity yet glorifies sex and drugs; Rock Stars are icons of our secret and not-so-secret primal desires; no matter what era they hail from.

And a Rock Star Party Theme is one way for us mere mortals to partake of a measly facsimile of the lives they lead. So strap on your air-guitars and get ready to ROCK OUT with your…your… (sorry, I just can’t do it!)

As with most party themes, the choice of venue is the first decision to make; more specifically whether the party will be taking place indoors or outside. For the Rock Star theme either one works fine, though the indoor version certainly might be easier to prepare. Regardless, here are a couple of variants to try out:

As the name implies, this variant emphasizes Rock Stars that have attained fame in their own right. It doesn’t matter if they were once part of a Band, as long as they then went on to attain individual success at some point in their careers, they’re fair game(eg: Sting and Bryan Adams are ok, Kurt Cobain is not).

Try to decorate the party with posters and memorabilia from every major Rock era (from the 1950’s on) and see if you can arrange for a Red Carpet welcome for your guests. Since this is a music themed party, the playlist you select is quite important.

My suggestion is to please everyone by cycling through the top 10 rock songs from each decade. You could also rent a Karaoke machine for those who really want to get into the theme. If you prefer something more sedate, then maybe some Rock trivia or the “Which Rock Star am I?” party game would be more your style at your Rock Star Party Theme.

This variant will encourage the invitees to “band” together (see what I did there?) and dress up as a famous Rock group. The rest of the preparations are similar to the solo version, but you could also showcase each band in turn, playing their songs as the party goes on. Voting for the best Rock Band would round things out nicely and encourage your guests to put some extra effort into their costumes.

This is entirely up to each person’s own taste. Find the Rock Star whose look you think you can pull off and have at it. Accessorizing is fine, though bringing your expensive guitar along might be going a bit too far. For those who just want to enjoy the party and don’t want to work at their costumes, opt to go as anyone from the Grunge era.

If you want to go with a classic though, simply through on a sexy KISS costume and you really can’t go wrong!

Rock Stars drink what they want, when they want. Therefore, you can serve any kind of alcohol that you want at this Rock Star Party Theme, but try to have something for all tastes. And placing some Rockstar Energy drinks around would make for a delightful visual pun; everybody loves a good pun…or is it just me?

Color Fest Party Theme: Quite Possibly the Most Colorful Party

Color Fest Party Theme: Quite Possibly the Most Colorful Party