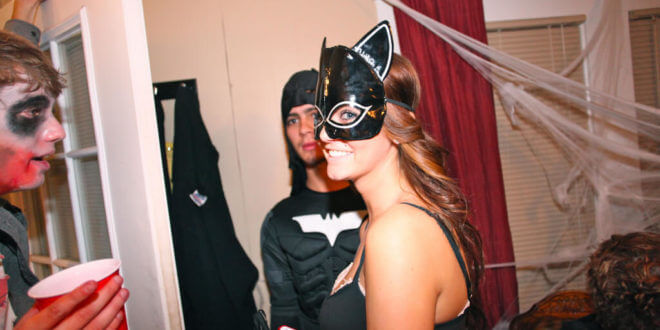 Despite the controversy surrounding 2014’s biblically inspired film “Noah”, there is no debating the fact that it was a commercial success.

So now that most people are vaguely aware of Noah’s epic tale regardless of whether or not they went to Sunday school growing up, why not take advantage of the opportunity and throw yourself and your friends a Noah’s Ark Party Theme. This party theme is perfect for any data’s and or taciturnity/sororities looking to mingle.

Perfect for couples, the Noah’s Ark Party Theme: only asks that your guests dress in pairs of animal costumes. Just try not to think too hard about the logistics of the actual Ark! Its all for fun!

Well, it’s all in the name, right? Throw your party on a yacht or houseboat, of course. All jokes aside, you could throw one heck of a party if you happen to own a boat that can house all your guests. There’s no need to actually set sail, just stay in the dock and have fun.

Realistically speaking, however, you’re going to have to choose between holding the party indoors or outside. It is significantly easier to decorate if you pick the former, but holding the party outdoors might allow for a nice breeze that really adds to the illusion of being out at sea. Your call.

Since this is a costume based party, there really aren’t many variations to work with. But here are some things you should keep in mind:

Open up your Bible and go nuts. Noah’s story is in the Book of Genesis, in case you’re wondering. Try to decorate your party arena like the deck of an old ship. Wooden furniture would be nice, as would stuffed animals arranged in pairs… (What? Stop looking at me like that!) Keep true to the biblical theme and you’ll be golden.

End-of-the-world apocalypse music would be quite fitting, wouldn’t you say? Maybe even a short excerpt from Morgan Freeman’s narration of the Bible for comedic effect. For additional humor, go ahead and play “Old MacDonald Had a Farm”…it’ll floor em! In all reality though, throw in some drinking games and you’ll definitely have a great Noah’s Ark Party Theme going on.

Any team based party game would be fine. You could even split up the guests into carnivores and herbivores for the competitive spirit. And if you’re in the mood for something more sedate (I mean, the Great Flood is hardly something to get excited about, right?) just watch Noah or Evan Almighty. Can’t go wrong with ol’ Jimmy!

This is a fairly straightforward, if not always easy task. Just scrounge up two costumes of the same animal; I’m sure you have old Halloween stuff somewhere. If not, just rent some and don’t worry too much about it. If you’re broke, you could always go as the recently discovered species of “Party-Animal”.

Wine would be thematically accurate as the alcohol of choice for a biblically themed party, wouldn’t it? For those that don’t have the palates for the “red sauce”, keep some spiked punch around as well. And don’t forget some sodas for the non-alky animals. I‘ve heard that the Elephant simply cannot hold his liquor!