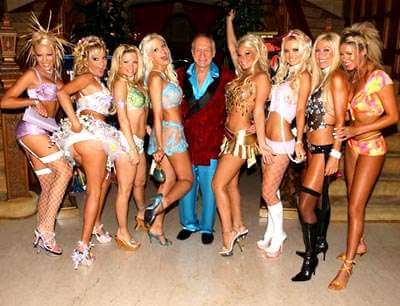 Oddly enough, you’ll find this college party theme based around a tail written by the famous William Shakespeare. You wouldn’t even consider this a party theme though without the popular Hugh Hefner, owner of playboy.

Every year, Hugh Hefner hosts a annual party at the playboy mansion and in 2007; Midsummer Nights Dream was the theme. Oddly enough, a Shakespeare piece can easily be turned into one of the sexiest party themes you’ll ever see!

You could say this fairytale theme isn’t something we are used to throwing but it is set in the renaissance. So we advise that you either go down the fairy tale or the renaissance route as the overall theme.

You could easily mix a little of both to really make this whole college party theme come together!

Throw up some posters of old paintings or if you can print out huge pictures; that works too. If you have anything renaissance themed or has a Europe feel to it, throw those out too.

If you can get shades to cover all the windows along with any statuses; that’ll only benefit the party. Having a renaissance theme though can get really expensive compared to throwing the fairytale version.

This theme style is a little more easier then the Renaissance midsummer nights dream party theme. This party theme is mainly based outdoors or at least it will work better. You goal is to make it like a forest that is lit up with only fireflies there to guide you.

You want it almost like you’re in the middle of no where and that you’re far away from any civilization. To help make it feel like you are more secluded; lay some large plants around your party area and if you have any plants that are placed in water, add dry ice to make a cool fog effect.

Light up some tiki torches and place candles around to even add more to the feel.

In reality, the more you add to this party theme; the better. You can go too wrong with a midsummer nights dream party.

We advice everyone come dressed as at least something, don’t be that one person without anything as they just ruins the mood of the party. Participation is key to any raging college party!

You could do so many different ways with outfits for this midsummer nights dream party. If you are going down the renaissance theme, you could easily dress up as a renaissance character.

If you went down the fairytail theme, everyone will most likely dress up as fairies. Guys usually dress up as troubled fairies while the girls in the group will dress up as some sexy fairies.

If you’re not really up for the whole fairy lifestyle, just go with the renaissance theme and find something down that path! You could easily pull off being a duke, jester, or even a king. Heck, dress all sloppy and just be the town drunk! Go with it and you’ll have one unforgivable night!!

You can go quite a few different ways in terms of drinks with the Midsummer nights dream party. We suggest anything that is sparkly or if you can make it a different looking color..

With that in mind, we suggest that you serve a keg or jungle juice as this will be a big party thus you’ll need to keep everyone hydrated…