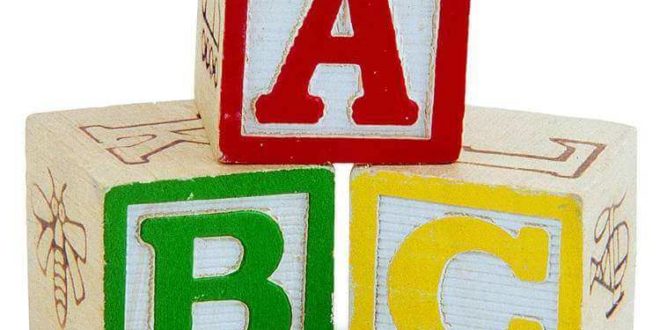 This party theme is all about exactly what it sounds; letters. Along with that, I’m sure we all chose our college based on how well they preform academically..right? Haha good joke, I know.

This party theme though is all about letters. You might even learn a thing or two with this letters party theme. If you’re either about to throw a letters party or going to attend one; prepare to get a little education in with your next college party.

Letters party are quite simple… Almost as simple as 1, 2, 3, A, B, C! For the naive, you might be thinking this party involves everyone just sending each other letters..

In reality, you couldn’t be more wrong! The host of the party needs to pick a letter from the alphabet and all the party goers must dress in a costume that goes along with the host’s chosen letter.

Its simple as that. Anything really goes as long as it fits in with the letters party theme somehow. The crazier, weirder the costume based on the letter; the better!

The key to this party is going all out and I can guarantee you that it will be one unforgivable college night.

Anyone can really hold this kinda college party theme. You just need to make sure you don’t have any party goers think they’ll be able to attend your party without dressing up.

This letters party theme requires 100% participation. Go all out and get creative. If you stand out, the more attention you’ll get; therefore the better night you’ll have!

Also, if you have a extremely simple outfit, there will be 10 others with the exact same outfit at the letters party. Don’t just go with the obvious. If its a “C” letters party theme, don’t just go as a Cat.. That’s a obvious one and everyone will be dressed as one already. Be unique.

Its so simple, its almost ridiculous. If you are the host, you need to pick a letter that all the guests can use to find a costume and dress accordingly. Anything applies, long as it starts with the letter.

If you’re the host, pick that letter! That’s your theme, that’s your set up. Simple as that.

If you’re having problems trying to pick a letter, just go through the dictionary and flip to any page. Whatever page you land on will be your letters party theme.

Once you have the letter in mind, make sure you inform your party goers early! The worst is having to throw together a outfit last minute and or having a low participation. Along with that, the more time your party goers have; the more they’ll get creative as they’ll have more time to think.

For decorations itself, you’ll have to be creative since its the alphabet! You can decorate the room with the letter you ended up choosing.

You could also hang up things that start with your letter too along with pictures. If you want to go all out, only serve alcohol or a mixer that starts with your letter. For instance, “J” would be perfect for jungle juice.

Decoration wise, you could even put jeans on the wall or pictures of the jungle. You get the idea.. You could really go so many different ways with this party theme. Your best bet though is to try to make this theme as fun and random as possible. It will only improve the party life.

For this letters party theme, having the most creative costume you can think of is almost essential. You want to stand out, not fit in at this college party. Here are a few ways to get some ideas for your costume:

I’m sure you have some dust covering that old dictionary of yours, but get it out and start flipping through pages until you hit your letter for your party. This book essentially contains the English language, I know you can find something!

If you don’t have a actual book, the internet is your friend. Throw Google a search and look up “dictionary” or “words that start with ___ letter”. These resources will help you and even throw words at you that you never knew existed or even thought of!

One of the easiest was to finding a word is just throwing together a game of apples to apples and let your creative side shine.

If you want to go simple yet creative, slap on a word on your shirt and you’ll be that. For instance, the letters party theme is A.. you could go as a asshole… Get Creative!

If you’re trying to save a buck or two, just hit up the thrift stores or your local goodwill and I’m sure you’ll find something that’ll work with the party theme on the cheap.

We have compiled a short list of letters party theme ideas:

I’m pretty sure you get the idea by now!

You can really go all out here and create mixers that go with your letters party theme. Make sure they all start with your letter though! We gave a great example with “J” and jungle juice earlier.

Another good example would be “R” and serve rum at your letters party. You really can’t go too wrong, just make sure everything stays within the theme.

As always, the stronger the drink you serve at the party; the more crazy your party will be. If you want a crazy party, we suggest a “K” theme or “J” theme as you’ll be able to serve kegs and jungle juice without a problem!

Barbarians and Librarians Party Theme: Time To Get Sexy
Share