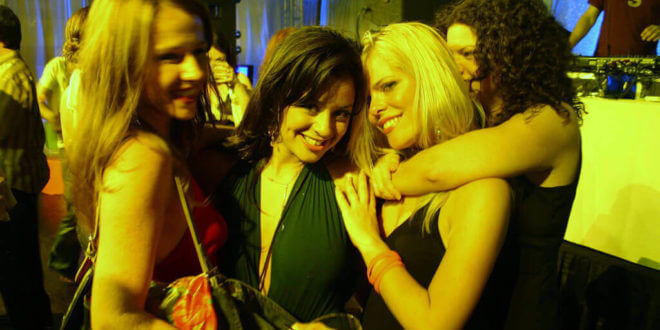 You’d be hard-pressed to find anyone who didn’t, at one time or another, dream of being a movie star (or of dating one).

The allure of the glamorous Hollywood lifestyle is hardly difficult to explain; everybody knows who you are and they either love you or are envious of you, you get the best of everything (usually for free) and you’re given the royal treatment anywhere you go.

Not to mention the fact that you get to hang out with other famous people as well. And while you can hardly give your guests the actual life of a Hollywood star (or starlet) you can certainly give them a taste of the same. How, you ask?

As with most other party themes, your first decision will be whether to throw the party inside a hall or apartment, or outdoors under the stars (see what I did there?)

Both variants have their pros and cons, but I would suggest that you keep this party indoors. Stars like getting their pictures taken, but only for so long, after all; and it’s more challenging to give the impression of “exclusivity” when throwing a party outdoors.

As far as the décor goes, the important thing to note is that this is a Hollywood Party, and not a Movie Party.

While the two may seem similar at first, the latter celebrates the movies while the former holds the stars themselves (and not their characters) in the spotlight. So don’t fill your walls with movie posters, but instead with head shots and famous pictures of the celebrities themselves.

Ritz out the room a bit with whatever you can afford; remember, no one can really tell the difference between glass and crystal. Mood music should be sedate, but some recent pop isn’t a bad idea. Have someone play the role of the “Paparazzi” and click pictures of the guests repeatedly. And do not forget about the “Red Carpet” treatment. It should be too difficult for you to arrange for a strip of red fabric to solidify that illusion.

Selecting the costumes for this party is actually a bit trickier than it first appears. Once again, this is a Hollywood party and not a Movie party, so it’s imperative that your guests not dress up as famous movie icons. You need to dress as famous actors and actresses, but not all of them have a distinctive style or fashion sense.

For women, a couple of easy ones are Marilyn Munroe and Madonna (she counts, right?) And for guys, they can try to go for…Eddie Izzard? Well, for the less-than-creative, simply wear formal attire and you’re pretty much set.

St. Patrick’s Day Party Theme: Are you feeling the luck of the Irish?

St. Patrick’s Day Party Theme: Are you feeling the luck of the Irish?

Famous Who Party Theme: Who Will You Be Dressing Like?
Please Drink Responsibly
© DormHigh 2022, All Rights Reserved