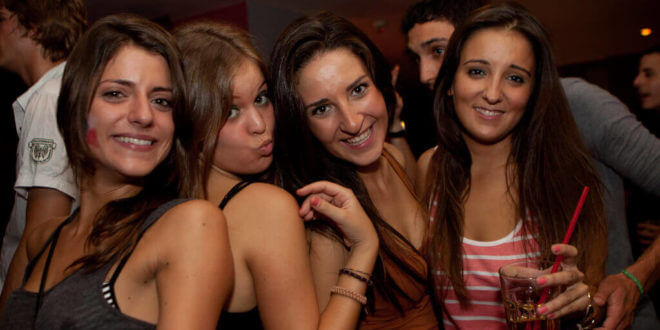 Photo by jirka_matousek / CC BY

Guys in Ties and Girls in Pearls Party Theme

So you’ve decided to take a break from all the keggers and late-night cram sessions, have you? Perhaps you just want to hit up that sophisticated side you never knew you had. Or maybe you just never went to your high school prom.

Whatever your reason, the Guys in Ties and Girls in Pearls party is certainly one of the few college party themes that will allow you to scratch that particular itch.

So get ready to class it up and dance the Waltz as we show you the dos and don’ts of hosting your very own Guys in Ties and Girls in Pearls Party!

As with most college party themes, the first decision you’ll have to make is whether to host the party indoors or outside. Unlike most other party themes, however, the decision is made quite easy by the fact that this theme does not mesh well with an outdoor setting.

Plus, you have to get lucky with the weather. So do yourself a favor and host it indoors. With that out of the way, let’s move on to the décor.

Smaller Party
Since you’re going for the classy look, you’ll need to shell out at least a bit more moolah than you’re used to for this shindig. Use decent cutlery and plates to serve the food, and while you’re at it, a clean white table cloth will do quite nicely as well.

Larger Party
If you end up having a rager, it may be best to simply have it outdoors since you don’t need to worry about the clean up. If that doesn’t work though, indoors works too. This party theme is mainly about people being dressed up, therefore make sure all your guests are dressed up.

Some frats have had a dance floor but also a calmer area where people can chat and meet others before they hit the dance floor. Keep in mind, having a few “refreshments” to break the ice helps a little too..

Now, activities are a bit trickier, because you can’t really do much in a monkey suit or a nice dress. I suppose the most you can hope for is a screening of some artsy foreign film that made the rounds at the independent film festivals this year.

And you could always consider good ol’ fashioned conversation…naaaaah! Get a basement or a area that can be good enough to have a DJ and a dance floor. Depending on what you consider activities, even a few drinking games would work too.

Guys in Ties and Girls in Pearls Costumes Ideas:

This should be easy enough to figure out, because the theme is question is essentially the low-budget, college kid version of a “black-tie affair”. So simply dress formally, and stick to ties and pearls (fakes work just aswell) because that is pretty much the only thing the party asks of you.

Suits and swanky dresses can be rented, so don’t fret if you can’t afford them. Snooty British accents are also welcome as accessories.

Alcohol is a different matter, because this is the one place where you can cut costs drastically. Because no one expects you to serve real champagne or ridiculously expensive wine, you can simply create the illusion by adding some hard alcohol to sparkling water. Do serve your alcohol in plastic champagne flutes, however. They’re not that expensive.

Even a simple mixed drink is considered swanky in college, so just do at the very least; something.