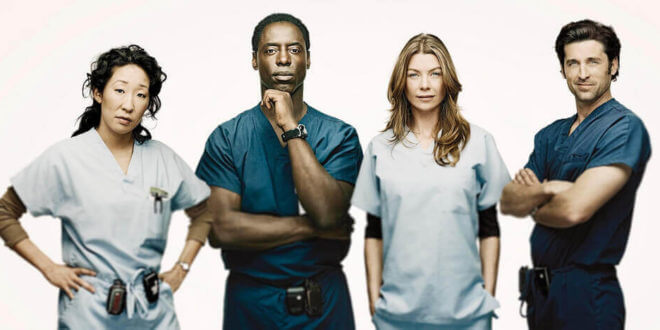 Photo by public.photos.allowed / CC BY

A Grey’s Anatomy Themed Party is a get together of its hardcore fans, so if you’re holding a college party with this theme; you should invite guests that know and love the series as much as you do.

Moreover, it is easier to dress up as Miss Izzie Stevens if you’ve watched and followed the whole series. The whole bash will be twice as fun with frat and sorority friends who share your passion for the show and can emulate the characters.

The hospital is the obvious option for this theme; hence, an indoor area is the best event space. Go to your nearby party store and supply yourself with faux x-ray films and other hospital-looking equipment or materials.

The theme doesn’t use many decors compared to other party themes because the main point of this event focuses on wearing costumes which sets the mood of the party.

If you’re going for an easy and light gathering, you can just set up the TV and watch certain episodes that the majority agreed. With about 240 episodes, you have a lot to choose from.

Perhaps, you can watch an acclaimed season finale, a favorite episode, or a marathon of the previous season. This is a safe bet if your guests are not are the go-for-booze-and-pass-out sort of people.

Ah, here comes the joy! Grey’s Anatomy presents a bunch of surgical interns and residents, faced with different trials and successes, to become exceptional doctors as the season progresses. So if you’re an avid fan, picking and portraying a character’s personality won’t be a problem.

Both guys and gals can go for scrubs which vary in colors. Dark blue are for surgeons while light blue are for the interns and residents. Wear a scrub cap that represents a character and you can accessorize your attire with a stethoscope and a nametag.

Grey’s Anatomy Party Theme could use a few different drink recipes. Depending on how you go with this theme, feel free to include a few tubs of jungle juice or maybe just some vodka shots to help cut the “stress” of being a doctor.