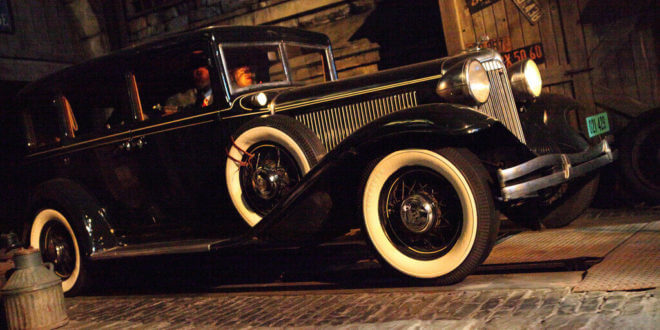 Ah, the 1920’s. What a wonderful time to be American, not counting the last couple of years and the Great Depression, and all the gangsters that roamed the era.

Instead of going over this period like your history class, we’re just here to celebrate it a bit and enjoy the good sides. Yes, this means Gangters and Flappers. Its time to dress up and meet Al Capone!

This party theme really doesn’t require much setup. In fact, its more of people willing to participate in the costume party itself that will get the party really going!!

Personally, I suggest setting this party up outside if possible. If that won’t work, just make sure you have a dark and large room to host everyone. I’ve seen people use the basements of frats and houses to create a pretty awesome atmosphere.

Typical 20’s gangster outfits include suits, vests, bowties, ties and fedoras; basically anything that would qualify as formal wear. Fake guns and cigars would make for nice accessories as well. Women have it a bit easier, because modifying a normal party dress with lots of fringe and glitter should allow for an authentic look without too much effort.

And don’t’ forget the hairstyles; bob cuts and Eton crops…or wigs if you prefer the safe way out. Female accessories include cigarette holders and pearl necklaces.

The irony of having a “drinks” section when describing a party theme that was made famous by Prohibition should not be lost on you. Since it was technically illegal for people to sell or imbibe alcohol, they used to pretty much drink whatever they could get their hands on.

This included whiskey (because it could be passed off as iced tea) and bathtub gin (because it was fairly cheap to produce discreetly). So try to stick to these if you can, for authenticity.

If you’re hosting a large group of people, it may just be better serving some jungle juice or getting a few kegs. Heck, even both would be pretty awesome and I doubt people will complain!!