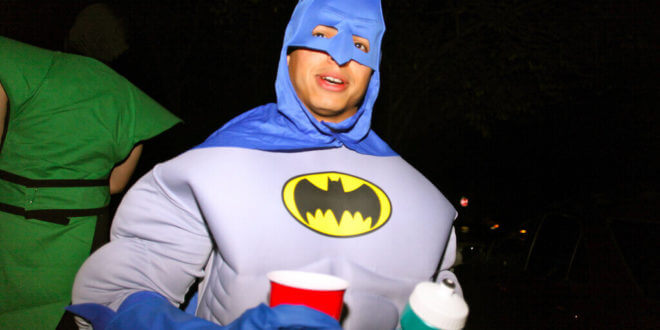 Photo by jimwall/ CC BY

Famous Who Party Theme: Who Will You Be Dressing Like?

The thing about College parties is that it’s repetitive but in every repetition, a new twist is added. Like for instance we already have that Celebrity look-alike party and then come a new party theme which is the Famous who party.

The latter resembles the former in which guests are going to dress up as a celebrity they’ve personally chosen.

So what is the twist? Not all of the visitors are going to dress up. Some will act as the audience and they will guess the celebrity their fellow guests are dressing up as.

If he is not able to guess correctly, then he’s going to take a shot. If he’s correct, then the celeb look-alike takes the shot.

If you want to throw that rager, this theme will work with that too. Instead of having everyone guess who everyone is, they can simply walk around and people can make small talk around it.

This shindig can be held indoors or outdoors. You don’t need a lot of decors because it’s the people that will keep the night going. As a setting, you can go for the Red carpet look because you’re going to have celebrities passing through entryway.

You can dim the lights and put a podium to look like an authentic music awards’ night. You can assign persons to become paparazzi and take photos of the guests.

Yehey! We’re going to dress up. As the host of the party, it’s up to you on who should dress up and who should not.

If you’re one of those people who get to become celebrity look-alikes, then you should decide if you want to go for the easy or hard round. An easy round can make you drunk in an hour and if you’re pushing for this; copy Ariana Grande or Justin Bieber’s look. They have a distinct style that doesn’t require much thought.

If you want to stay longer in the party and watch while everyone’s slowly passing out then you should pick celebrities that are found in a TV series or supporting characters in a movie. You can be Lucy Hale as Aria Montgomery in Pretty Little Liars or Hugh Laurie as Dr. Gregory House.

Although the series has lots of viewers, the guests are going to have a hard time as some would assume you to be a character in another TV series. Try to dress as someone that is hard to guess, but not impossible. Otherwise its just no fun if no one knows who you are dressing as!

Famous Who Party Theme can really be up to you in terms of what you are planning on having for drinks. I mean, having a keg or two is great, heck even some jungle juice will also work too. Make the drinks to match your party theme.