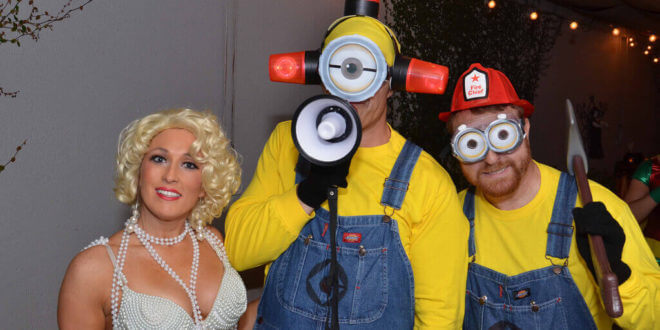 Photo by johncoxrocks / CC BY

Celebrity Scandals Party Theme: Watch Out For The Paparazzi

A Celebrity Scandal party requires good knowledge of the famous and hottest scandals in Hollywood both past and present. If you’re up-to-date with these gossips, then dressing up for a party is no problem. Both male and female celeb in Hollywood never runs out of scandals; it can be drug-related, pregnancies, court hearings and imprisonment.

It’s just a matter of who you’re going to dress and act. Furthermore, it gives you the liberty to play with different attires. You’re pretty sure it’s going to be the most talked party of the semester!

A Celebrity Scandal Party can be anywhere. If you have a large number of visitors coming, then an outdoor venue will do or you can use your dorm room strictly for your besties only. This theme really doesn’t have a particular setting in mind because it’s the character we’re portraying that gives the mood of the party. A few tabloids and newspaper clippings of well-known celebrity scandals posted on the walls can be favorable additions.

If you want to be artistic, you can do prominent music and movies awards like Oscars’, CTM, etc and put a red carpet on the entryway. This is one of those moments wherein people and stylists will judge an artist’s getup or outfit and rate it from 1-5 with 5 as the most favorite. Although, this is more on the fashion side but they’re still celebs and fashion bloopers are common scandals.

If this is going to be a rather large party, you may not want to set up as many decorations and keep it strictly to the basics; like having a dance floor, some wall decorations and enough drinks for your guests. Since you’re supposed to be a celebrity, time to whip out those night drinks!

You can search via Google some of the trending and most popular scandals that have ever happened not just in Hollywood. They can be Presidential bloopers and Royal Family scandals like Prince Harry’s nude pics. If you have the guts, you can go for nude in this party and be part of the notorious college scandals.

You can wear attire used for mug shots by famous celebs like Lindsay Lohan for gals and Justin Bieber for guys. Aside from mug shots, you can browse on Hollywood’s best arrests and see pics of actors and actresses getting high on drugs. Over the past few years, Charlie Sheen has been quite the costume if you can manage to pull it off!

The girls can also douse themselves with makeup to look like they’re attending a pageant contests for the heaviest makeup, when in fact it’s a cover up for using marijuana.

This party theme definitely requires some mixers and the high class drinks. Don’t just go half in, you’re supposed to be Celebrities! Time to whip out the top shelf liquors, champagne and more.