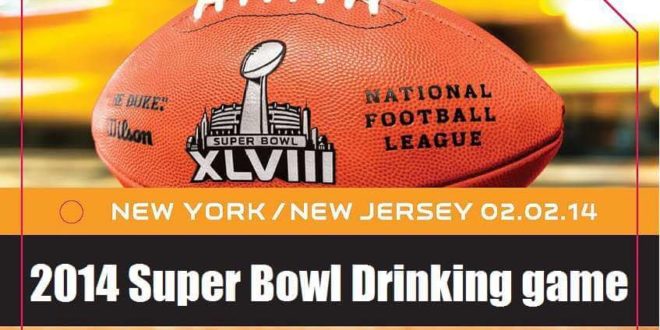 Photo by mtaphotos / CC BY

Looking for a game that will keep everyone busy during the super bowl? Instead of just watching the commercials, make the whole evening one big drinking game! We created one simple super bowl drinking game that will definitely keep the night going! It’s not only be fun, it also has quite a bit of drinking involved.. What could be better?

With super bowl drinking game, everyone in the party has to pick a side for the game and have a little hope that their team will pull through! Unless they just want to get messed up and barely remember their night..

You take a drink every time your team:

You have to drink for five seconds if:

With this super bowl drinking game, its really easy to put your own modifications thrown in. In particular though, this game is fairly well set up.. Other than a few rule changes, I wouldn’t change too much though as it works out pretty well for a few reasons: