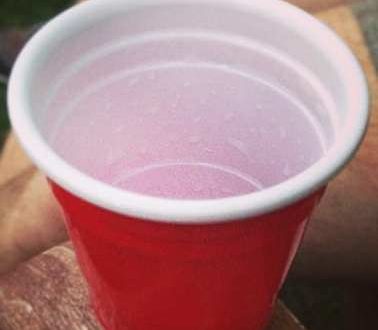 Photo by matthewblank / CC BY

Flip cup or “flippy cup” is often played around university and I’m sure yours too. This is essentially just a variation of that famous game! If you’re looking for something that is a little different from your normal drinking games, Chandelier Drinking Game is for you!

Notes: If any throw happens to make it into his or her own cup, they have to drink it and refill it. Everyone must have a full cup every time they happen to drink (House rules can change this and make the game last a little longer).

Feel free to keep playing Chandelier drinking game until you are just too wasted to play! This game really is a lot of fun and gets everyone going. If you want to really mess someone up for the night, just target someone throughout the whole game and they’ll be getting drunker faster than you think!