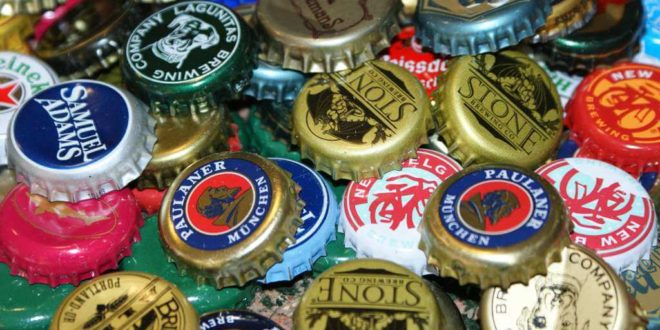 Photo by deegephotos / CC BY

This drinking game is easily a game that can be played with multiple people along with requiring little to no supplies to start! Simply reuse those extra beer caps and you’ll be ready to play this drinking game!

Caps drinking game doesn’t require too much set up thankfully. Split the players into two separate teams and place them roughly 10 feet away facing each other. After that, place a cup in front of each person. Note: If its simply too far for the players, feel free to adjust it and play at like; 8 feet and so on.

To decide who will start caps drinking game, simply do a round of rock, paper, scissors.

Players will now alternately try to flip bottle caps at each other and try to get it into the other players goal (cup, fill half with water so the bottle caps don’t come out). If a player ends up making the shot into the goal, he will then score a point; however though the opposing player can cancel out the point if they end up making the next shot. If the player misses their cancel shot though, they must take a drink.

If the player ends up scoring the cancel shot, no points are awarded and player one can shoot again. If player one misses, he has to take a drink.

Usually this game is either played up to 15 or 20 and you have to win by 2. You can play caps drinking game with roughly 2-6 people too.