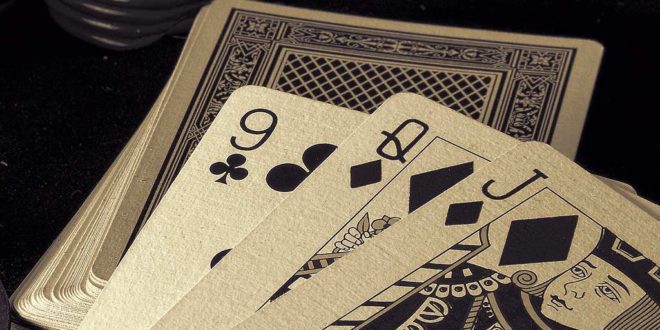 Photo by giuliucci / CC BY

Fuck the Dealer Drinking Game is perfect for any laid back parties or the casual pregame. Best to be played with 3 to 8 or so people and will keep everyone going for hours! We usually whip out this game to start pregaming our next party hard and fast haha I wouldn’t play this game casually unless you are simply looking to get messed up.

Everyone simply needs to be around a table or in a circle of some type with a drink in front of them. Fuck the dealer drinking is fairly simple. From there, someone will deal out the cards and the person who has the lowest card will start as the dealer (Aces are high, 2’s are low).

The dealer then has to collect the cards and shuffle them. Make sure they are fairly mixed up as you don’t want someone to get a advantage.. As the dealer, you’re either going to fuck people up or get fucked.. Thus the name fuck the dealer.

First to start this game, the person to the dealers left has to guess what the top card is on the deck. The dealer then checks the card to see if their guess was right. If they guessed right, the dealer is stuck taking 10 drinks from their beer or drink. If the person happens to guess wrong, then the dealer has to tell the person if the card is higher or lower then what they guessed.

The player then guesses again and if they guess it correct, the dealer has to drink 5 drinks from their beer or drink. If the second guess is also wrong, then the person who guesses has to drink the amount of the difference between the two cards. For example if they happen to guess a “2” and the real number was “9”, then they have to drink 7 times.

This game obviously can make you drink a fair amount, so try not to screw up unless you want to get screwed up!

Take the used card and put it out on the table. Once you start going a few rounds, you will notice what cards are left and have been used in which will greatly help you guess. Usually we play with the group until the deck is gone, but sometimes we only play a few rounds as it really can get you messed up by the time you are done playing.

The game will continue around the circle in a clockwise direction. If three players in a row not guess the card right and then the person who is on the left of the dealer becomes the dealer. The dealer will continue until you run out of any cards or until you played a certain amount of rounds.

Tips and Tricks to this College Game

You want to start with your guess being near the center of the playing card deck. Its ideal to guess “6”, “7” or even “8’s” as this will give you a better chance of guessing the card when the dealer states “higher” or “lower”. Along with that, you will have to drink less in turn.

We also suggest that you keep in mind what cards have already been placed out on the table when you are playing. If all the “5’s” are called or the majority of them have been, you have better chances of guessing the card if you stay away from guessing a “5”.