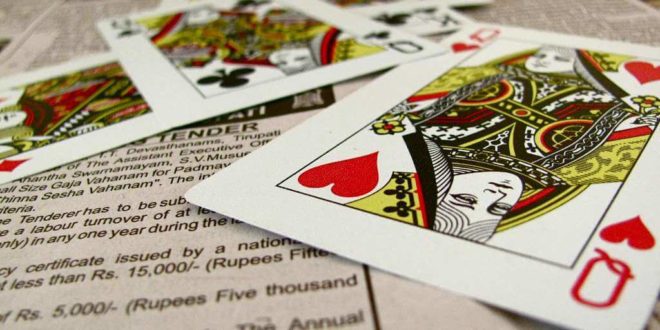 Photo by Unlisted Sightings / CC BY

Think you’re a good blower? Have that friend that may be a good beer blow? Give this college drinking game a shot and see who can control their blow! Beer blow is one interesting game that will show some of those hidden talents of your friends..

First, just set the empty bottle in the center of the table and place the playing cards face down on top. Game play will start with the person to the left of whom placed the cards on top of the bottle.

Start from the left of who placed the cards on top of the bottle. Each player will try to take turns blowing cards off the top of the bottle, but here is the catch; you don’t want to blow them all off.

Each player can blow as many or as little cards off the bottle as they wish. The key to this game is that you simply don’t want to be the last person to blow all the cards off.

Its a fairly straight forward game. If you want to change it up a little bit and add a twist; have the loser get up and dance. If you are also trying to get a little more messed up, have it where if a player blows off a ace or a red card etc; they’ll have to drink. So if a ton of cards blow off and there are some that are red, they’ll have to drink for each card that is red.

This game is really easy but can be a blast as you can really screw people over playing it. With beer blow, just blow a bunch of cards off where there are barely any left thus leaving the next player screwed with just a couple left. Thus making them drink their whole beer.