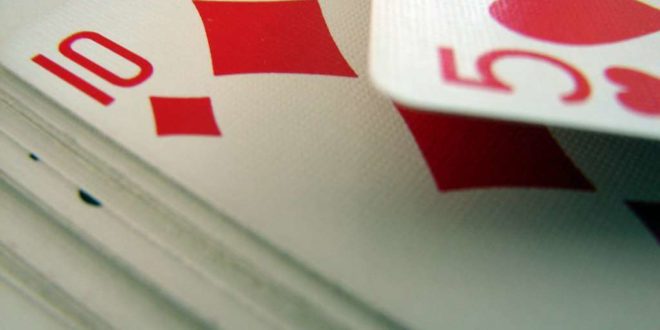 Photo by markomni / CC BY

Sadly, this college drinking game may require quite a bit of math but it’s a great time once you get everything down. Beer 99 drinking game is fairly straight forward and easy long as you have a elementary education.

This game has a fairly easy set up; just a place to play cards.

The object of this drinking game is to get all the playing cards into a pile and get all your cards in the pile to equal 99 (exactly why its called beer 99 drinking game). Each player needs to have four cards dealt out and then turn the top card over. Each player has to play a card and has to remember what the total value of the pile is.

If you want to add a spin to this game, have socials when the total equals a number ending in 9 or has a 9 in it. Along with that, drink on 69 and 71. For each special, drink twice.

For the player who ends with 99, they must drink a beer fast as they can.

Always maintain four cards in your hand and draw from a stack of cards. If you run out of cards in the stack, reshuffle those that have been played already.